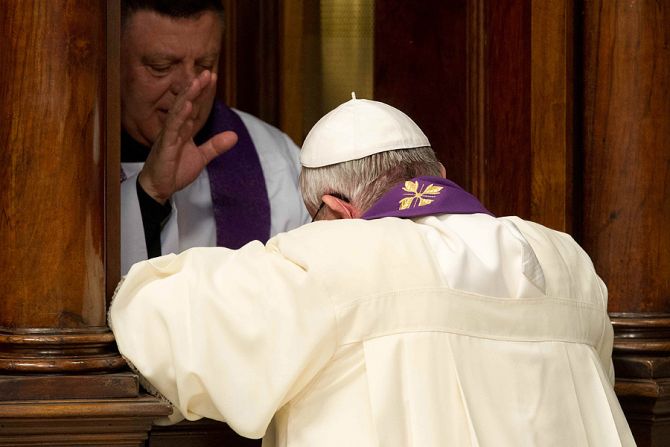 A. The answer is, generally, no. In earlier liturgical practice, confessions were routinely heard during Mass. This was possibly due to the fact that the accepted norm prior to the liturgical reform of St. Paul VI saw one’s obligation to assist at Mass fulfilled by attending from the Offertory of the Mass onward and thus the faithful often engaged in other liturgical and devotional practices up to that point of the Mass (including praying the rosary, reading their own devotional texts, and – yes – going to confession.)

Therefore, it is highly laudable that  only those NOT participating in  Mass  should be celebrating the Sacrament of Penance while  Mass  is going on.

The idea of “2-for-1,” i.e. going to confession while the Mass I’m participating in is happening, is not ideal and detracts from the vision of the General Instruction of the Roman Missal that says that ”the entire celebration [of the Mass] is arranged in such a way that leads to a conscious, active, and full participation of the faithful, namely, in body and in mind, a participation fervent with faith, hope, and charity, of the sort which is desired by the Church and which is required by the very nature of the celebration and to which the Christian people have a right and duty in virtue of their Baptism” (n. 18).

So, if  confessions  are regularly scheduled  during  Mass   (a practice to be discouraged for the above reasons), catechesis should be provided to ensure the faithful know that confession should precede  Mass  whenever possible, and not take place while they are participating in  Mass to fulfill their Sunday obligation.

Parishes should ensure adequate times outside of Mass during which the Sacrament of Penance can be celebrated.  A mere 30 minutes on Saturday afternoon before the anticipated Mass may not be enough and likely isn’t a great time for many people.  Consider the most generous schedule, ensure confessors are always present when scheduled, and encourage the faithful to come.

For assistance in crafting a suitable liturgical schedule for your Family of Parishes, contact the Office for Divine Worship and Sacraments, 513.263.6609.

In-person and online formation and training for new and veteran extraordinary ministers of Holy Communion will take place each spring and fall.  Some sessions will focus on ministry to the sick, hospitalized, 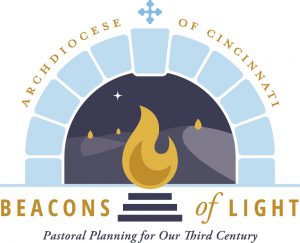 Now that the priests have returned from the Presbyteral Convocation, it’s time for all parish leaders to make the most of this opportunity to lead forward in Beacons of Light!

Didn’t Find What You’re Looking For?