In today’s turbulently political world, the word “Pro-Life” seems to go hand and hand with those who work hard to fight against abortion; however, Being Pro-Life means that and so much more. Follow us on Social Media, read our article in the Catholic Telegraph, watch the video interviews, and listen to the podcast so that we can all come to a better understanding of what BEING PROLIFE really means.

Every person, every one, has dignity. According to the Catholic Church, all people are created in the image and likeness of God.  Regardless of any circumstance, every person has an inherent and immeasurable worth and dignity; each human life is sacred.  The topics below focus on issues that violate the principle of Human Dignity that is an intrinsic part of Catholic Social Teaching. 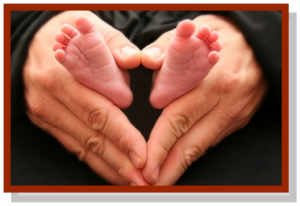 1 in 4 women in the United States has had an abortion (Gallup). Abortion hurts each one of us. As medical science and human reason confirm what we know by faith to be true, we provide hope and resources for all those affected by an abortion experience as well as information on abortion and alternative pregnancy options.

“Human life must be respected and protected absolutely from the moment of conception. From the first moment of his existence, a human being must be recognized as having the rights of a person – among which is the inviolable right of every innocent being to life. ‘Before I formed you in the womb I knew you, and before you were born I consecrated you…'” ~Catechism 2270 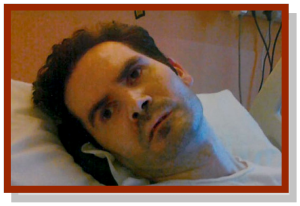 Every life is precious. Adverse medical diagnoses are tragic, but no diagnosis is set in stone. As Catholics, we are called to support and to help those who are facing depression, disability, or fear in response to circumstances that make euthanasia attractive to them or to those around them. God’s plan is carried out through hardship and joy alike. Physician-assisted suicide entails making lethal means available to the patient to be used at a time of the patient's own choosing. By contrast, voluntary euthanasia entails the physician taking an active role in carrying out the patient's request, and usually involves intravenous delivery of a lethal substance. 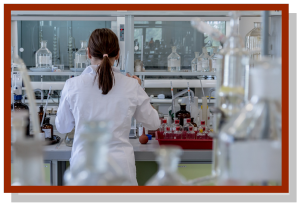 Bioethical Issues is a topic that we, as Catholics, must take into consideration in our daily lives. As science continues to progress, we Catholics must pause and evaluate the moral implications of each new horizon. God has called us to cooperate fully with His divine plan. Increasing our intelligence and grasp of the universe must be balanced with diving deeper into our knowledge of God and his moral plan for humanity. The best resource available for Bioethical Issues is currently the website for The National Catholic Bioethics Center. This thorough resource provides everything a person would need at their fingertips when confronted with a bioethical dilemma. The photo and heading are both directly linked to this page. 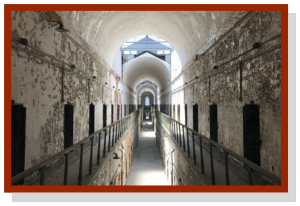 Ending the life of a human being prematurely means denying that person a chance at reconciliation. Every human has fallen short of divine perfection and every human is deserving of grace. We must be advocates for true rehabilitation, not for vengeance.

“In his address to Congress during his 2015 Apostolic visit to the United States, Pope Francis, echoing the views of his predecessors, called for ‘the global abolition of the death penalty.’ He further stated that, ‘[A] just and necessary punishment must never exclude the dimension of hope and the goal of rehabilitation.’ As the Catechism of the Catholic Church now provides, ‘The death penalty is inadmissible because it is an attack on the inviolability and dignity of the person." ~USCCB Committee on Domestic Justice and Human Development Issues 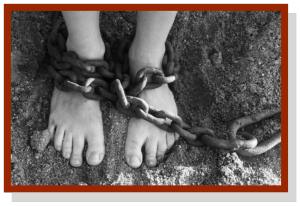 More and more of our population is falling to risk of human trafficking as people feel isolated from help or resources to escape terrible, manipulative situations. This use of humans as property and products further destroys the value placed on all life.

“It is not possible to remain indifferent before the knowledge that human beings are bought and sold like goods... It is precisely on this level that we need to make a good examination of conscience: how many times have we permitted a human being to be seen as an object, to be put on show in order to sell a product or to satisfy an immoral desire? The human person ought never to be sold or bought as if he or she were a commodity. Whoever uses human persons in this way and exploits them, even if indirectly, becomes an accomplice of injustice.” -- Message on the occasion of the annual Lenten “Fraternity Campaign” in Brazil 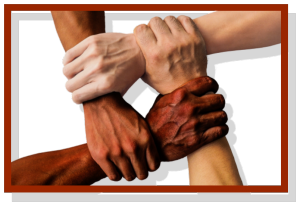 Along with the Office for Catholic Social Action, we are working to combat racial prejudices still present within our society. Though no longer blatant, racism still is at play for many people who face disadvantage due to their race.

"But racism still profoundly affects our culture, and it has no place in the Christian heart. This evil causes great harm to its victims, and it corrupts the souls of those who harbor racist or prejudicial thoughts. The persistence of the evil of racism is why we are writing this letter now." ~Open Wide Our Hearts (USCCB)

The Office for Respect Life Ministries strives to offer ministry and care to all God’s people, especially those who may feel alienated or who may be grieving from loss.  The ministries listed below focus on outreach to those who are grieving, suffering, or searching for assistance.