Leaders from over 30 parishes in Greater Cincinnati come together to work on a common slate of social action concerns. Over the years, these have included addressing the genocide in Darfur, immigration reform, abortion and support for women in crisis pregnancies, reentry, and climate change. The goals of the Advocates for Justice Collaborative are both to have a greater impact on selected social action issues and to resource participating parishes in mobilizing involvement in these issues among their parishioners. To carry out this work, parish leaders join issue task forces organized by the Catholic Social Action Office.

Together in Christ: Saying “Yes” to Missionary Discipleship 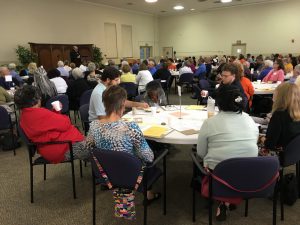 On September 9, 2017 (the Feasts of St. Peter Claver and Bl. Frederic Ozanam), the Catholic Social Action Office, Respect Life Office and Advocates for Justice Parish Collaborative joined with St. Vincent de Paul, Catholic Charities Southwestern Ohio, Intercommunity Justice and Peace Center and Communities United for Action for a gathering, titled “Together in Christ: Saying ‘Yes’ to Missionary Discipleship.”  In the spirit of encounter and dialogue, this event brought together women who’ve faced crisis pregnancies, immigrants, those formerly incarcerated, victims of environmental justice and racism, and family farmers with parishioners leading respect life, social justice and charitable ministries.  It was a gathering defined by prayer, celebration, encounter, affirmation and going forth, guided by Pope Francis’ message of The Joy of the Gospel and inspired by the Holy See’s World Meeting of Popular Movements.  Archbishop Dennis Schnurr presided over our opening prayer and commissioned us all to go forth, saying “yes” to missionary discipleship on all these life and dignity concerns.  In the face of our culture of resentment, division and polarization, we gathered as the Body of Christ to foster a culture of encounter and commitment to the common good.  Check out a few aspects of our gathering:

Catholic Social Teaching calls us to not only understand and deepen our faith but also to live our faith. Whether through advocacy, education, faith sharing, or public action, we all must practice our faith in our every word and deed. As James 2:17 says, “Faith without works is dead.” Please check back often to our Action Center for various ways that you and your community can speak out with compassion and solidarity for justice and peace. 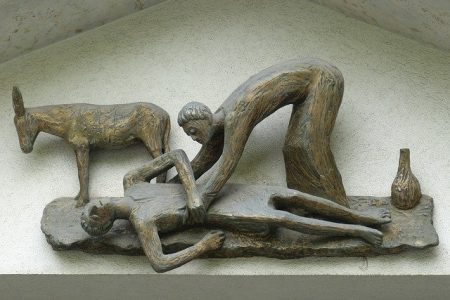