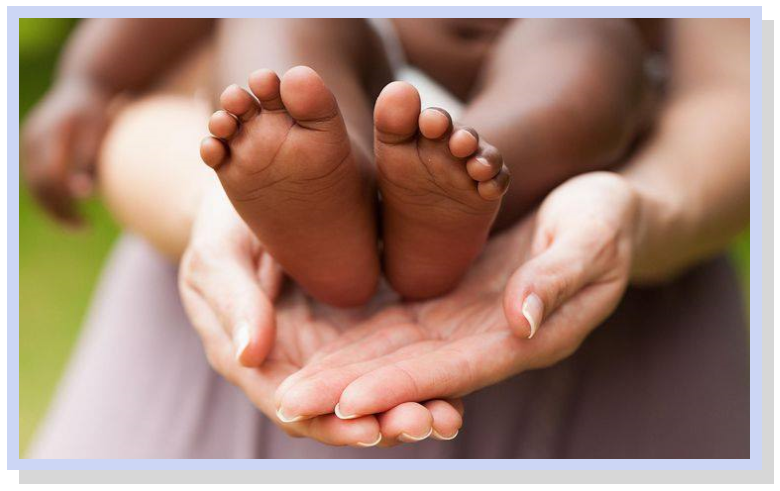 The Office for Respect Life Ministries serves the Archdiocese of Cincinnati in helping Catholic organizations, parishes, families and our community at large to foster a consistent ethic of life. This consistent ethic of life respects the dignity and value of all humans, from natural conception to natural death. We aim to educate, to increase awareness, and to provide resources in order to nurture a culture of life within our Archdiocese.

The Office for Respect Life Ministries for the Archdiocese of Cincinnati works to focus our efforts around the USCCB’s Pastoral Plan for Pro-Life Activities. This document encourages individuals, families, parishes, and the Church at large to work towards a consistent ethic of life by combating the many societal issues that disregard the integrity of every human person. The Pastoral Plan contains four major “pillars” that the bishops have set forth as elements necessary for authentic Catholic pro-life efforts in the United States. 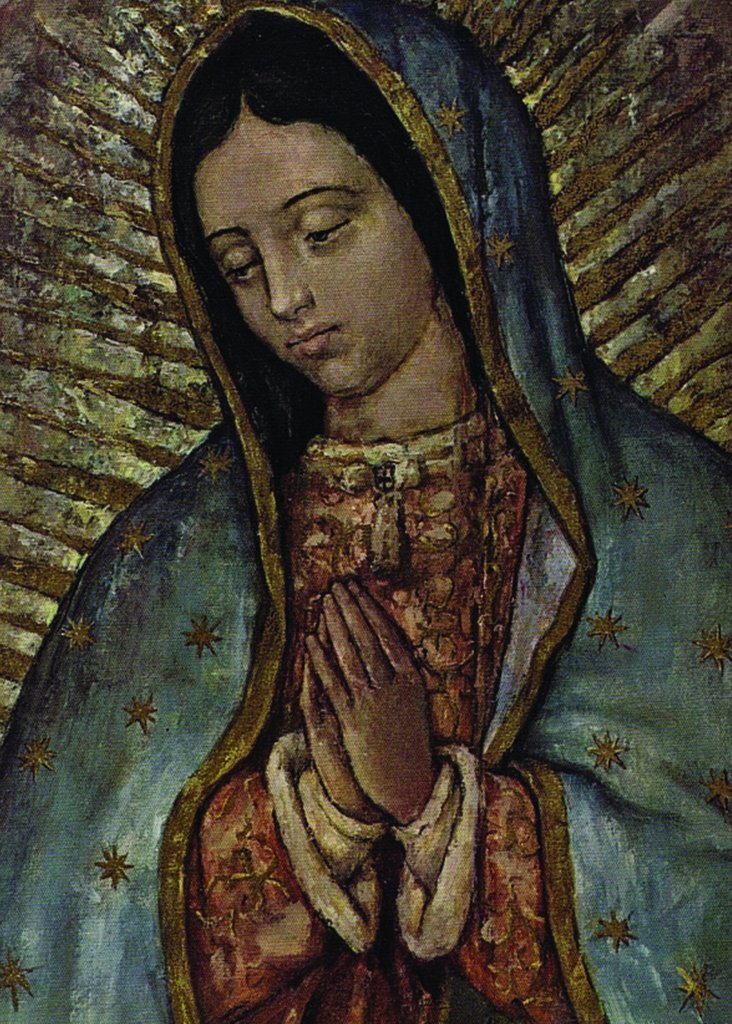 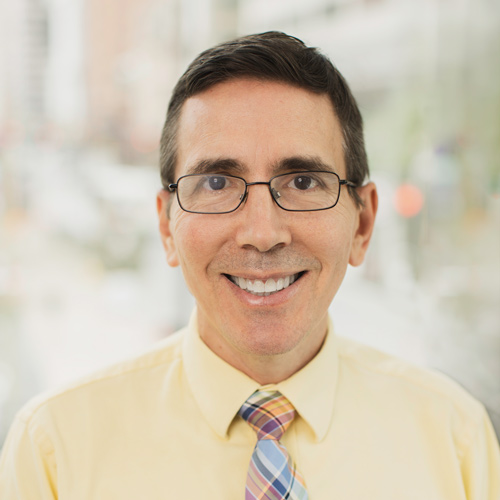 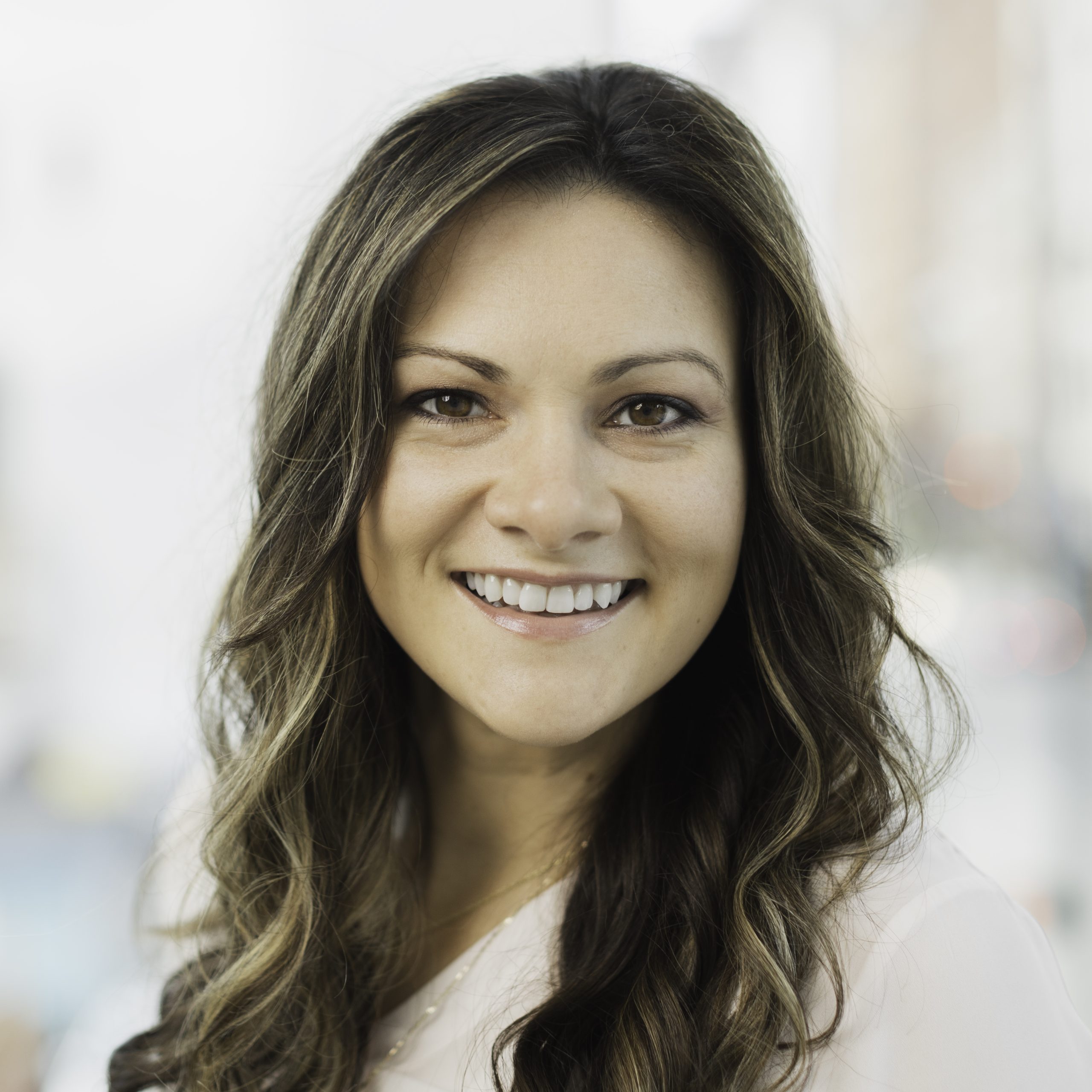 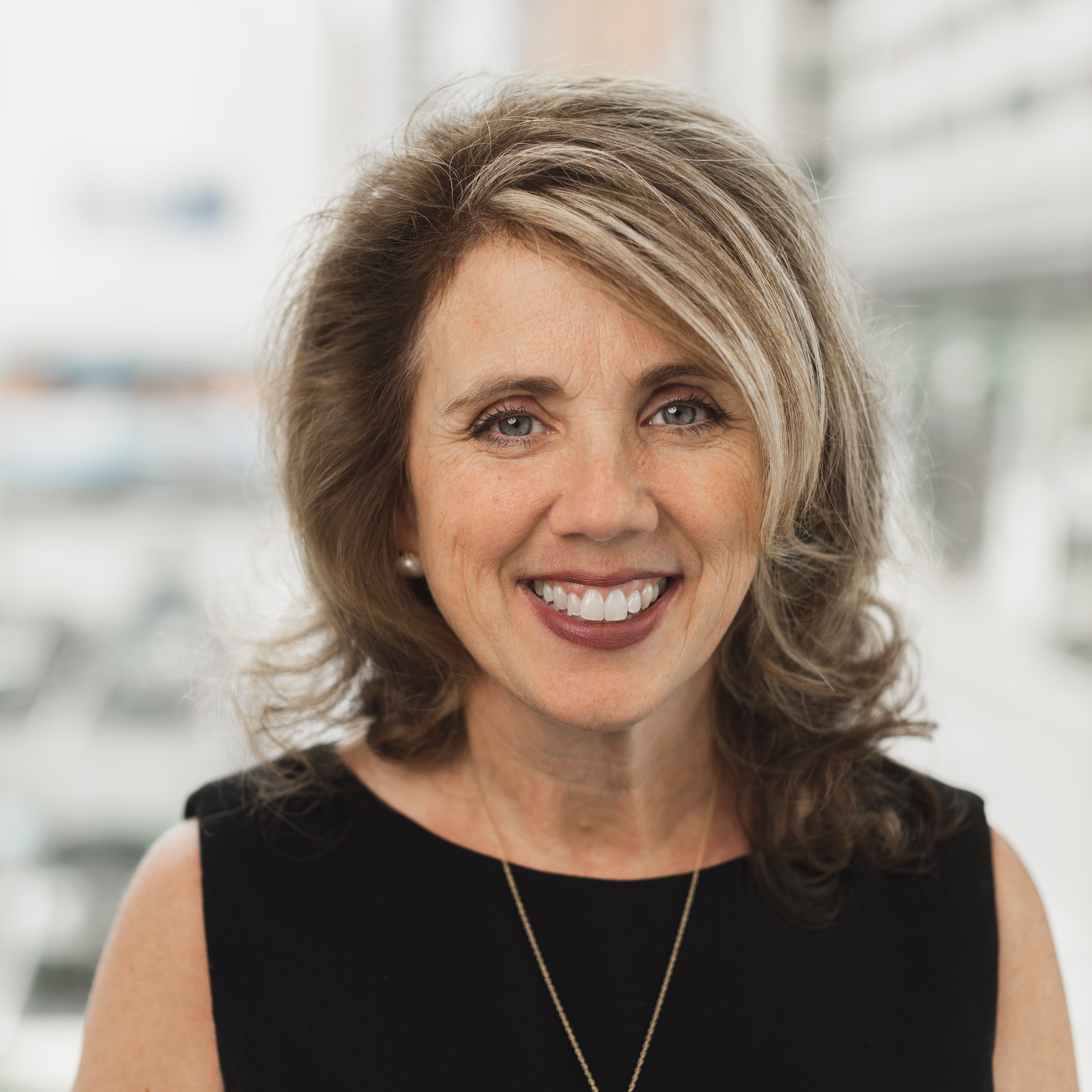 The Office for Respect Life Ministries serves a broad spectrum of people. Our pages are designed to provide a plethora of information in a variety of forms to meet the needs of those who are seeking information: 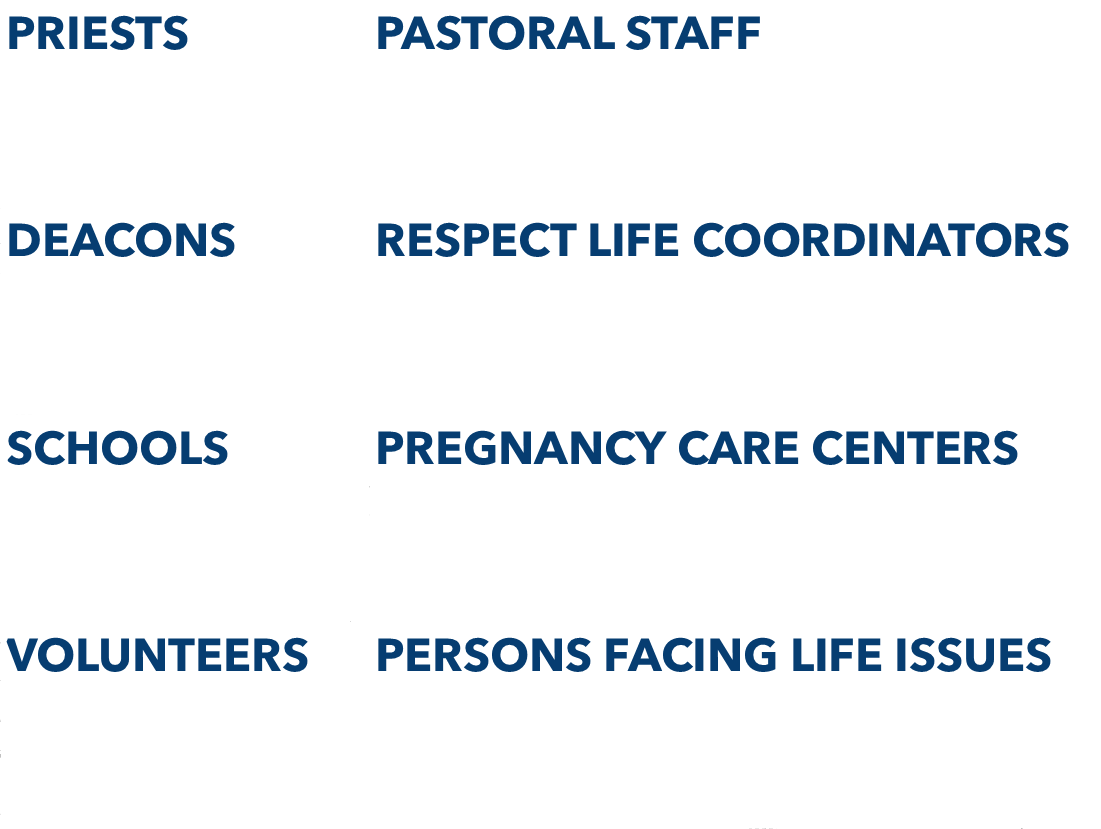 We utilize various media platforms to provide our audience with comprehensive resources to educate, advocate, and spread the Gospel of Life in their local communities. Follow us on Social Media, check out our Being Pro-Life Podcast, watch our videos on YouTube, browse our Life Issues Pages,  and download our Respect Life Brochure. Join us as we work to create a culture of life here in the Archdiocese of Cincinnati.

Most frequent questions and answers

What is a consistent ethic of life?

The Catholic Church teaches a consistent ethic of life, that professes the sacredness of life from conception to natural death. As Saint Pope John Paul II wrote:

“Where life is involved, the service of charity must be profoundly consistent. It cannot tolerate bias and discrimination, for human life is sacred and inviolable at every stage and in every situation; it is an indivisible good.” (The Gospel of Life, 87).

There are therefore a variety of issues related to life and human dignity for which Catholics are called to be advocates.

Cardinal Joseph Bernadin, former Archbishop of Cincinnati, was an early proponent of this phrase. Some have misinterpreted this teaching to convey that each related issue is morally equivalent. This is not the case. Cardinal Bernardin spoke to this point saying:

“The fact that this Statement sets forth a spectrum of issues of current concern to the Church and society should not be understood as implying that all issues are qualitatively equal from a moral perspective.” (A Consistent Ethic of Life: Continuing the Dialogue, The William Wade Lecture Series, St. Louis University, March 11, 1984)

“does not excuse indifference to those who suffer from poverty, violence and injustice” (Living the Gospel of Life, 23).

For more on this topic, read the USCCB’s document, A Pastoral Plan for Pro-Life Activities: A Campaign in Support of Life.

I have had an abortion. Can I be forgiven?

The answer to this questions is YES.  According to Evangelium Vitae by St. Pope John Paul II:

“I would now like to say a special word to women who have had an abortion. The Church is aware of the many factors which may have influenced your decision, and she does not doubt that in many cases it was a painful and even shattering decision. The wound in your heart may not yet have healed. Certainly what happened was and remains terribly wrong. But do not give in to discouragement and do not lose hope. Try rather to understand what happened and face it honestly. If you have not already done so, give yourselves over with humility and trust to repentance. The Father of mercies is ready to give you his forgiveness and his peace in the Sacrament of Reconciliation. To the same Father and his mercy you can with sure hope entrust your child.” (EV 99)

Abortion has more than one victim. It’s common to grieve a pregnancy loss, including the loss of a child by abortion. It can form a hole in one’s heart so deep that sometimes it seems nothing can fill the emptiness. Be assured that there is forgiveness, hope and healing.  Project Rachel is our healing ministry for women and men who have experienced abortion and are seeking God’s healing grace.  For more information about Project Rachel: CLICK HERE.

How are Euthanasia and Assisted Suicide different?
Is either one acceptable according to the Catholic Church?

Euthanasia is the ending of a life prematurely by medical means including depriving an individual of basic needs, i.e. food and water. A medical provider is actively ending the life. Assisted suicide entails making lethal means accessible to a patient at the time of their own choosing. While many advocate for these options as means of a dignified death, both ignore the fact that we do not have the right to kill or be killed. The Catholic Church defines both acts as morally reprehensible. For more information visit  http://www.usccb.org/issues-and-action/human-life-and-dignity/end-of-life/euthanasia/statement-on-euthanasia-1991.cfm.

Does the Church believe that Capital Punishment is ever justified?

According to the Catechism:

2267. Recourse to the death penalty on the part of legitimate authority, following a fair trial, was long considered an appropriate response to the gravity of certain crimes and an acceptable, albeit extreme, means of safeguarding the common good.
Today, however, there is an increasing awareness that the dignity of the person is not lost even after the commission of very serious crimes. In addition, a new understanding has emerged of the significance of penal sanctions imposed by the state. Lastly, more effective systems of detention have been developed, which ensure the due protection of citizens but, at the same time, do not definitively deprive the guilty of the possibility of redemption.
Consequently, the Church teaches, in the light of the Gospel, that “the death penalty is inadmissible because it is an attack on the inviolability and dignity of the person”,[1] and she works with determination for its abolition worldwide.
What resources do you offer for parish education?

We have a variety of resources for different types of learners that are readily available for your use.  These resources are listed above and on the topical subpages of our website.  Please feel free to browse this information and utilize anything that we have provided.  If you need additional assistance, please contact our office and we will be happy to help you.

How do I get involved with Respect Life efforts in the AoC?

Secondly, volunteer and support local agencies such as pregnancy resource centers that work to spread the Gospel of Life within the Archdiocese.

Finally, consider volunteering for Project Rachel- our ministry for post-abortive healing.  Project Rachel is a fantastic way to share God’s healing grace with those who have experienced abortion.